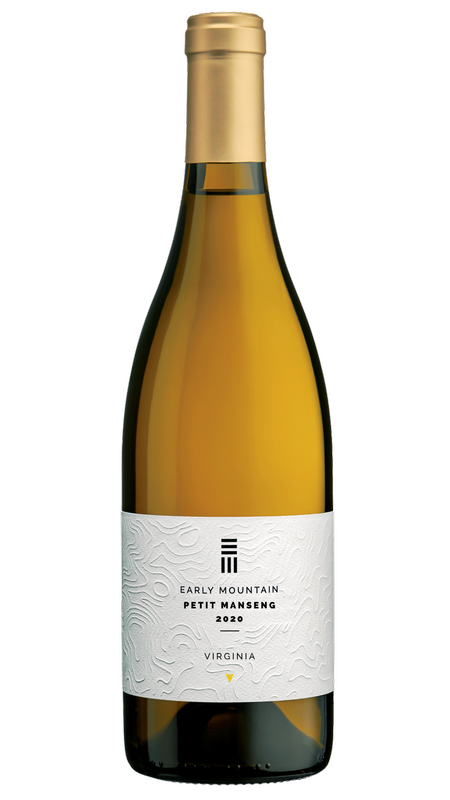 This is a wine of texture, structure and intensity. Petit Manseng always performs well in the winter months with the richness and density to pair with the foods our bodies crave to keep us warm. The aromas and flavors complement this personality with honeyed tropical notes and rich creaminess, anchored by a stony core, leading to precision in the finish. With 2020, we find a theoretical blend of 2018 and 2019. With almost full malolactic, there is creaminess enrobing the acidity and bringing flavors of pastry and baked bread to play with the mango and peach fruits, but there is a freshness of fruit that recalls the lighter style of the 2018 rather than the oxidative character of the 2019. Because of this, it is more versatile across the table and seasons, as it is more in balance with lighter foods and warmer outside temperatures.

Winemaker Notes
More than any other wine, dry Petit Manseng represents our philosophy of winegrowing at Early Mountain: keep progressing, next year will be different, next year we apply what we’ve learned. It is also probably the wine most likely to elicit the comment, “Dang, this wine changes every year.” It sure does, we love that about it, and it keeps us coming back for more. Sometimes Petit Manseng’s acidity seems crazy high, but we’ve learned to embrace it and to not push the wine to 17% alcohol just to get closer to “normal”. We’re also learning that you can temper it with lees aging, skin contact, and malolactic fermentation, and in some vintages, like 2020, the acid is not as bracing as others. 2020 departs a bit in style from 2019, because the fruit from our block at Early Mountain was almost completely wiped out from frost, necessitating new relationships with growers, especially in central Virginia, where the grape ripens during warmer temperatures. Every year we take a step further in understanding what this grape wants to be, and we’ve realized how much the vintage has to say in defining these wants. We love Petit Manseng, because it does not need to imitate a more famous wine; all it has to do is be itself, and it is distinct and compelling. There’s wildness in this journey that is Petit Manseng, and we’re excited to bring you along. This bottling was fermented warm in a combination of oak puncheon and foudre, concrete, and large Acacia.
Vineyard Notes
The growing season in Virginia was dynamic to say the least, adding to the chaotic nature of the year as a whole. Despite an early budbreak followed by frost risk in late April and early May, Early Mountain was lucky to avoid the worst of it with only a Petit Manseng block and some lower areas of Chardonnay impacted. The first half of the growing season was relatively dry and quite hot in June and July. Late July and early August brought a lot of moisture that was very challenging, but things dried out a bit heading into harvest. We ended up in a dance with the Atlantic, as tropical systems waltzed through every ten days for two months. Once again, we were lucky to be spared the worst of the weather, and we emerged at the end of harvest with a cellar full of high quality 2020 wines. In the spirit of every vintage being different than every other in our state, 2020 was unique in that the first half produced lighter wines with high acid and the second half brought riper, more classic wines. 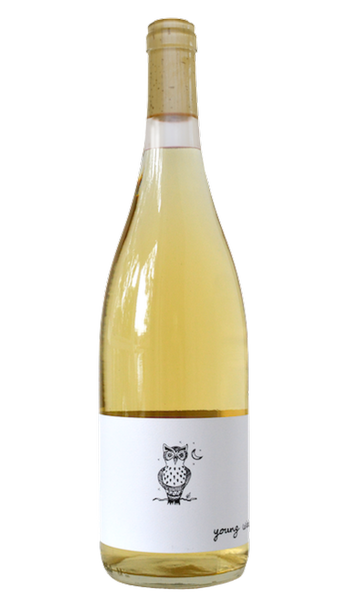