Merlot takes charge of Soif this year, making it a bit more about the fruit in front of the herbal components of the wine. But they are still there, and it takes on a Syrah-like cracked pepper character that adds another layer to the snappy red and black fruit flavors. The vintage brings a bit more density and color, but this is still juicy and a dancing joy of a wine. There is a bit more tannin as well, compared to 2020, though it mostly adds a tactile feel and carries some of the more savory flavors for a bit longer.

Winemaker Notes
“Soif” is French for “thirst”, and this wine embraces the Vin de Soif style so popular in Parisian wine bars: low tannin, juicy, and fun. Soif was a wine that was conceived in the midst of harvest. One of those intuitive moves that resulted in a new perspective; one we liked a lot, and it turns out we weren’t the only ones. After great feedback from our members we decided to continue making the wine for the foreseeable future. This year, we led with our lighter style Merlot and Cabernet Franc; we picked it early, with good acidity and lots of bright citrus and red fruit aromas and flavors. Once again Soif ends up being the wine version of the friend who is always positive, who refuses to let you take life too seriously. Its fresh, low tannin nature allows it to be served cool to chilled, making for a flexible Summer red wine. Also, we made a bit more, because we know this a wine that demands a refill; one bottle just won't cut it.
Vineyard Notes
In the lively spirit of Virginia, 2021 was an exciting vintage for Early Mountain. It very much reflects the impact of site, with regions throughout the state experiencing highly varying climatic events, greatly influencing the dynamic range in fruit attributes. Early spring, we gratefully saw few frost events, escaping significant fruit damage. Despite some early season rains, bloom-time in the vineyard was quite dry, allowing for a good fruit set. With warm daytime temperatures throughout most of the growing season, we saw high and even ripening throughout both Quaker Run and Early Mountain vineyards. The late season rains, leading to harvest were also accompanied by notable drying (this was doubly obvious when tending to our new plantings, which need water!). Overall, despite harvest-time rainfall, we could not have asked for a better result. 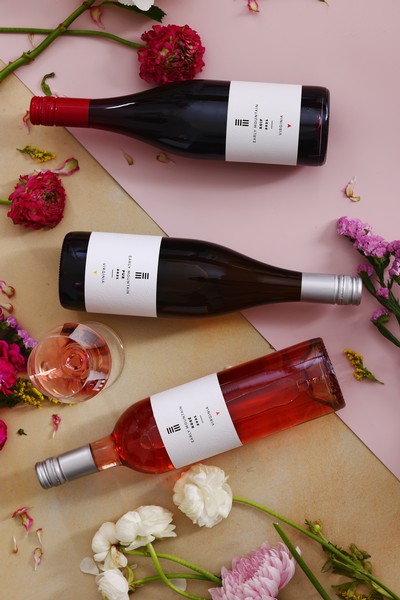 The Taste of Spring Trio